How do I get my Content Translated to Reach a Local Clientele?

One question many business owners and marketing executives find themselves increasingly asking is how to get their content translated to reach a local clientele. And not just “translated” with a watered-down marketing message that’s barely interpreted, let alone convincing; you want to create engaging, target-driven content that will not just reach your customers at a local level, but that will resonate with them as well. Making them far more likely to identify with your brand, product, or service. If your company does business on a global scale, whether you’re in the .com or FMCG industry, then you’ve probably already made the move to get your site translated into multiple languages. Great. But have you gone one step further and taken the time to research your target market? Found out their likes, dislikes, cultural nuances and taboos?

Do you know what your message is actually saying? From translating video games and mobile apps, to software and websites, there’s plenty of room for faux pas and you want to make sure that your company’s message hasn’t become the local joke, or worse; insult.

A lazily translated version of your website can isolate you from your customers and make them feel like second class citizens. Let’s take an example from a well-known multinational who should know better. When entering their site from a destination whose target language is not English, the user is presented with a pop-up window in their native language that says:

“Important information. We will show as much information as we can in your chosen language. However, some pages may not be available in your selected language and will be shown in English”

– Or, in other words, “we haven’t bothered to translate all the site for you because your business doesn’t matter to us.” Worse still, in many countries, the prices are displayed in dollars, instead of the local currency, making the broad assumption that local users are used to making purchases in dollars.

If British Airways had kept in mind that only 27% of online shoppers speak English, perhaps they would have done a better job. International content marketing means taking the time to get to know your customers on a local level and speaking their native language; not presenting them with a half-hearted translation of your website.

While you may not have the time or budget to bask in the sun setting over the Taj Mahal, or soak up the hustle and bustle of the street venders in Marrakesh, you don’t have to actually physically visit your target market’s country to learn to understand their culture.

You can start by reading about the country or local region, as if you were planning to move or travel there. When you start to read about Spain, for example, you’ll soon find out that translating your site into the Spanish language alone will only be well received by a relatively small population of this divided country.

Regional differences are very marked in Spain, with some provinces still clamouring for separate country status. The Basque region won’t give you the time of day if your site isn’t translated into the Basque language, they’ll simply move on to your competitor instead.

While it’s probably impossible to learn the languages of every country and region you do business in, you could try speaking with people who live in that part of the world and find professional freelancers or partners who can guide you.

Learn the possible cultural differences that can jeopardize your marketing efforts

We all use the thumbs-up sign on Facebook, Skype, and in our own communications with others. The thumbs up sign is widely considered a positive gesture, but in some parts of the Middle East, Iran in particular, giving someone the thumbs up is one of the most vulgar gesticular insults you can make. Learning about and respecting other cultures will help you localize your brand’s message.

This is also important when considering regional regulations on products, advertising and sales tactics. If you’re marketing a health product, for example, you need to find out if your product has to be government approved in that country. And if you want to hold any kind of contest or sweepstakes, make sure your promotional tactics comply with local laws before running them.

In the US, we’re very used to what’s known as comparative advertising – brands comparing themselves to other brands and explaining why they are better; Dunkin’ Donuts taking on Starbucks and Burger King and MacDonald’s constantly brawling it out between them is common practice.

While this is perfectly acceptable in the States, in some European countries, especially Germany, France and Belgium, not only will you more than likely turn potential customers away who find this practice offensive, but you could even end up with a messy international lawsuit on your hands.

The first step towards optimizing your content for search engine results, boosting traffic and global customer experience is identifying the search engines most commonly used in your target language’s country.

While Google and Bing are considered universal, some local markets prefer local search engines. Find out what they are. Localize your content and don’t deliver a second-rate message to your international clients. Using precise, targeted keywords in the language they actually speak, local slang and expressions will improve your ranking and conversion rate.

Displaying prices in local currency and formatting dates and measurements according to region will also make potential customers more likely to buy from you, as they feel like you’re on their level.

Think about the color and images that you use in your website and remember that these are often deeply culturally ingrained. In most of the world, for example, white is a color associated with purity and marriage, but in Japan, India, and China, white is the color of mourning.

Green can symbolize hope and nature in many countries, while in others green is associated with bad luck. Icons, logos and graphics are important too, and you should ensure that you use a Content Delivery Network (CDN) to speed up page load at a local level, where internet speeds may not be what you’re used to.

While it may seem an overwhelming task getting your content translated to reach a local clientele, there are many online tools to help you out and professionals who can localize your website in any language. Facebook and Twitter allow you to create several brand pages too, which allow for endless targeting possibilities. In most cases, your website is your potential customers’ first experience with your company, so ensuring you optimize your site design for all global visitors is more than just a good idea; it’s becoming essential. As globalization becomes increasingly important, your content marketing strategy needs to be carefully thought-out and localized. 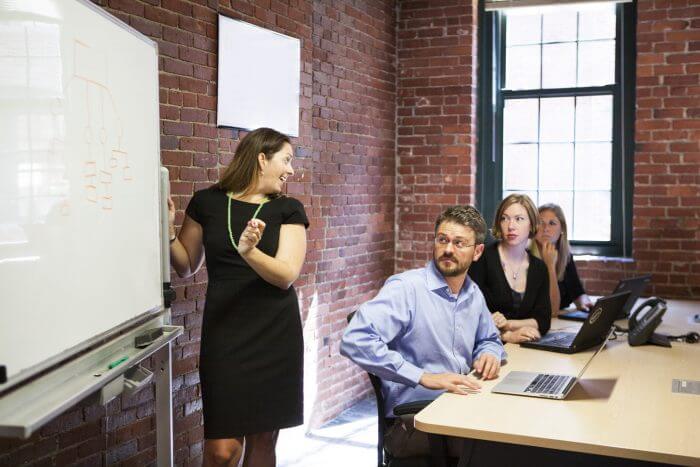